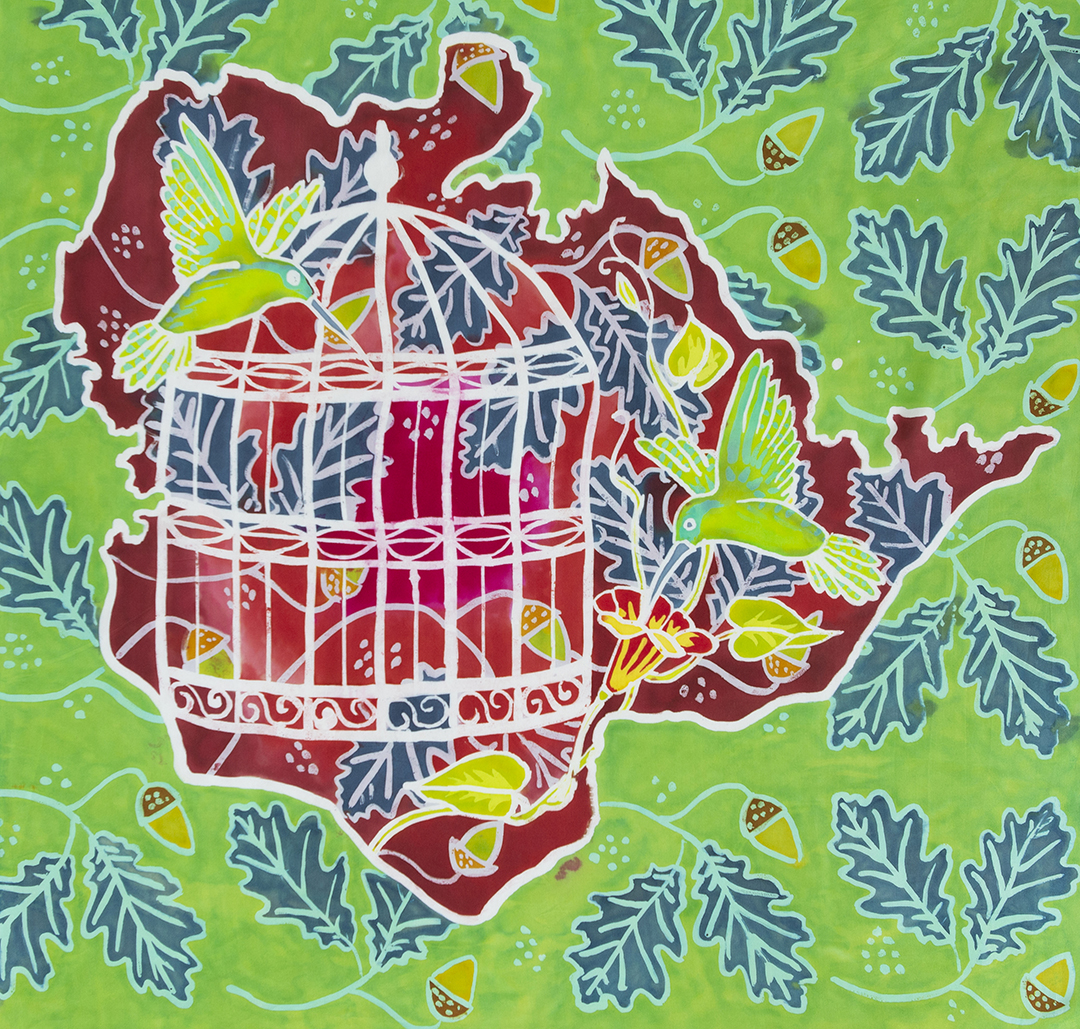 Menagerie Wood has always been one of my favourite parts of Thorndon Park. Its’ unusual name dates from the eighteenth century when the 8th Lord Petre created his elaborate gardens. Menageries, or small zoos, were popular among the wealthy landowners with exotic animals such as bears and big cats being brought to live on country estates. I can’t find much detail about the animals kept at Thorndon Hall but the visitor’s leaflet mentions squirrels, hummingbirds and terrapins. The notice board also tells us that Lord Petre had a strong desire to add elks to his collection and quotes from a letter where he says “My teeth water at ye elks if he would only sell them alone. But they would ask too much for them.” So, no elks were added to the collection.

Many years ago, I would walk in Menagerie Wood with my children and they would scare themselves imagining escaped animals in the woods. The most we ever saw were the squirrels and they weren’t scary at all. There have often been local stories of escaped big cats living and breeding in the area. “The Beast of Brentwood” has supposedly been spotted on several occasions in various locations but the chances of any big cats being descended from the eighteenth century seem impossibly remote.

I can’t imagine how the hummingbirds survived long in the Essex climate and feel pity for the keeper who had to tell his Lord that the birds, imported at great cost, had huddled in the corner of the aviary and died. Grey squirrels, as we all know, did well and I wouldn’t be surprised if there are still terrapins living in the old pond. Who knows what other creatures lived or died in Menagerie Wood?

Now we are concerned about preserving native species but at the time exotic animals and plants were highly sought after. No one predicted that the grey squirrels would largely replace our native red squirrel population. Although we can criticise with hindsight future generations will undoubtedly look back on the harm we have unwittingly caused in our time particularly with intensive farming and global warming. Menagerie Wood is now an SSSI (Site of Special Scientific Interest) but part of the area’s management requires the removal of non-native species of plant such as the Cherry Laurel which spreads vigorously, overshadowing native species. The woodland is being restored with the help of another native creature – goats.