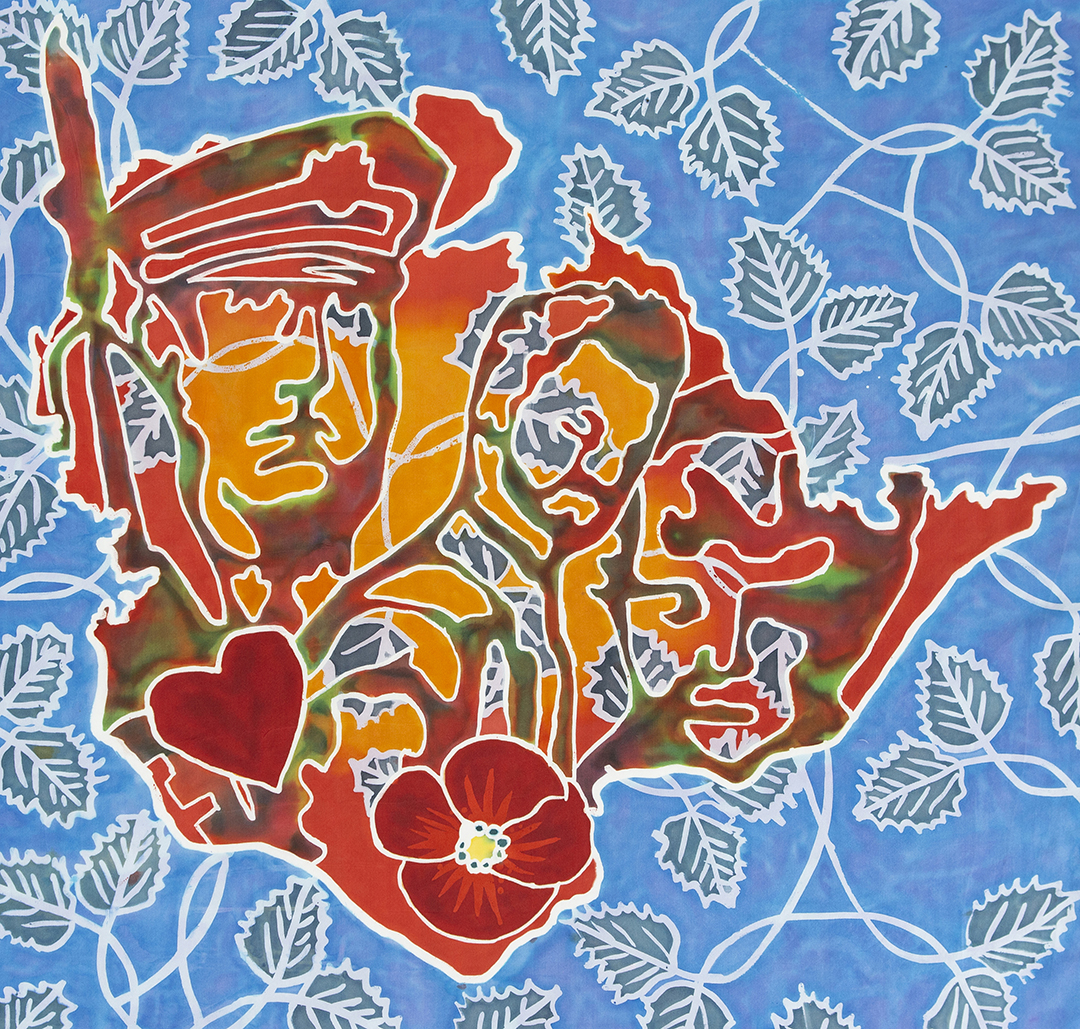 I came across these metal figures in Beam Valley Country Park when I was walking near my home. I was surprised to see them there but they interested me from the start because they were slightly elevated on a mound, were made of metal and they were people. In country parks, I am more familiar with discovering wooden carved animals, birds or insects.

I obviously was not up to date with local news otherwise I would have recognised them straightaway. After some speculation, I decided I knew what the ‘Equal Rights and Equal Pay’ figure was about, thought I knew who the musician was and jumped to the conclusion that the soldier was to represent soldiers in the First or Second World War.

Each time I walked in the area I went and visited them and admired the way they were made and how they seemed both solid and transparent and that they cast interesting shadows.

I pointed them out to family and friends and members of my walking group and we noticed how in November and in other months the soldier wore a poppy.

It was a shock one day for my walking group when we discovered most of the soldier was missing. We assumed it had been stolen for scrap metal and so reflected on the impact that vandalism and theft have.

It also spoilt the visual effect of the group of figures and made the others seem likely targets for further vandalism. We felt sad and everyone remembered the gesture of a poppy being placed there. None of us knew the real significance and identity of the soldier.

What seemed like a long time later, we were pleased to discover the soldier sculpture had been replaced.

It was when I was participating in the Land of the Fanns Rom/Beam River Walk on 4th June 2019 that I found out by chance from Carol, the Ranger leading the walk, the gist of the story about the soldier. In a way, it was satisfying to know what had happened. I told my walking group about this when we were there at the end of August. Since then I have spent time on researching details about the soldier and the initial installation of the metal sculptures and the replacement of the soldier.

According to local newspaper articles this is the story of the metal sculptures which were placed there in 2015.

They are there in connection with the opening of the bridge across the Beam River which connects parkland in Barking and Dagenham with parkland in Havering. They were unveiled on the day that the bridge was opened to the public.

They are placed there with the intention of having art work to draw people in to the space, as was explained by someone from Sustrans, which delivered the GLA funded portrait bench project, part of a countrywide initiative.

More than 4,000 residents voted to decide which sculptures would be created showcasing local heroes and reflecting industrial and cultural triumphs in the two boroughs.

Billy Bragg was chosen as a singer, songwriter, author and activist. A figure is there to represent women of the historic1968 Ford sewing machinists’ strike in Dagenham which led to the Equal Pay Act. The soldier is Ian Fisher who gave his life while serving in Afghanistan in 2013.

The destruction of his sculpture was devastating for all members of his family. For his parents, the sculpture was their memorial to him. It was their local spot where they could go and contemplate.

In September 2018, it was reported that the stolen statue of a soldier who was killed in action had been found the day after a replacement costing Barking and Dagenham Council more than £2,500 had been put up.

Workmen found the original in the Beam River where it was thought it had been since it was stolen.

The original sculpture was given to Ian’s mother to put in her garden.

There are plans for an information board to be put up in the park which means people will be able to read about why the sculptures are there and hopefully more people will take notice of them.

I like these sculptures and they make an impression on me for many different reasons.

I think it is good to value people and their contribution in life. I am pleased that the council understood and found the money to replace the sculpture and reduce some of the anguish.

I like the fact that the metal sculptures are a surprise the first time you see them but become a focal point on future visits.