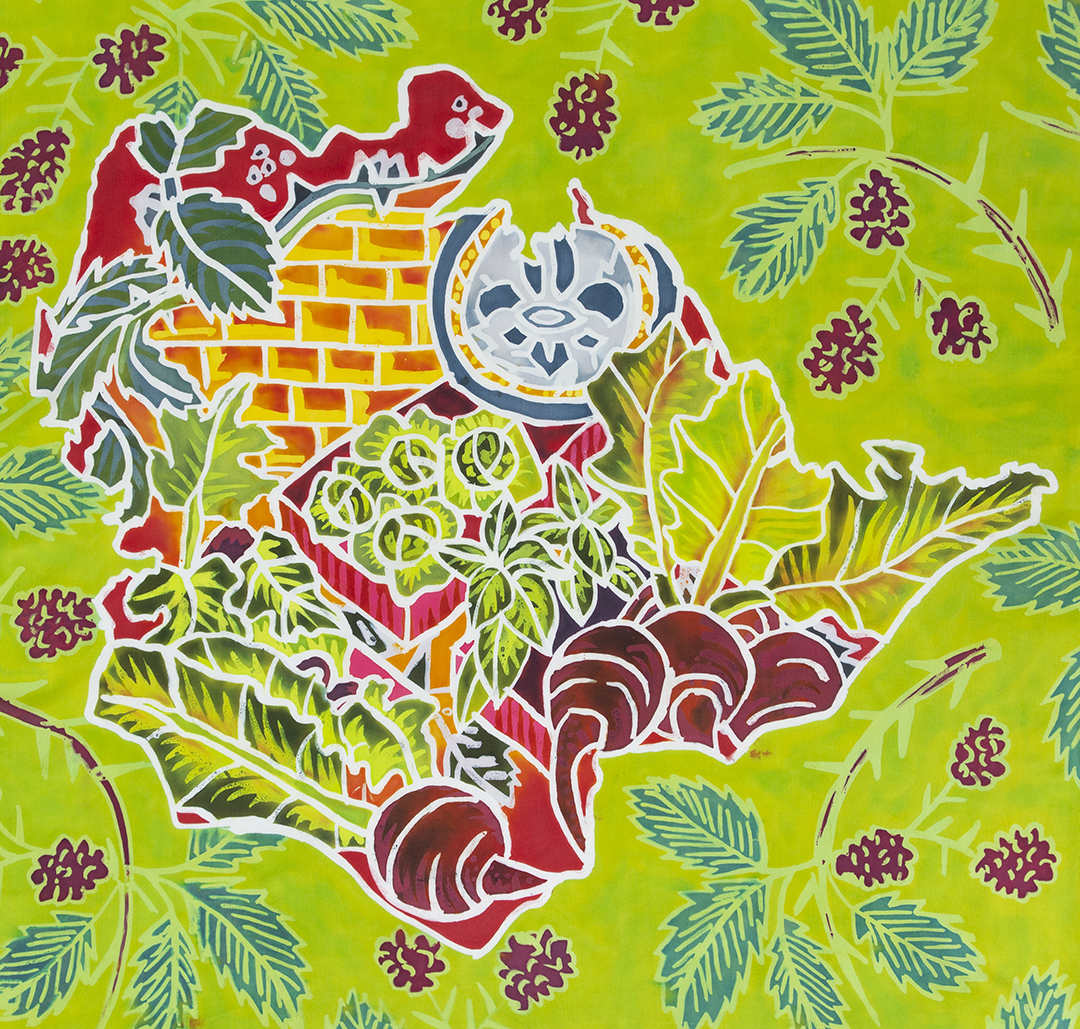 The compound’s gates had been left unlocked and there was nobody about. Late autumnal mist still clung in the chilly morning air as I tentatively picked my way up the muddy track.   The old wooden door, decades of paint peeling and rusted locks was just too tantalising.    My last visit to the Walled Garden had been over two years previously when I had been given the shattering news that it was to close, no longer required as a Council Plant Nursery.   Then it was bursting with joyful plants, benches groaning with gaudy Cineraria, fine ruby red Regal Pelargoniums and scented Stocks and Wallflowers for spring bedding displays. After 40 years of growing a rainbow of coloured plants for the Borough’s Town Hall, Parks and Registry Office it had been closed, padlocked and made redundant.

Where once gardeners worked, now nature was clothing the walls with mosses and lichen and benches with algae. Pioneering species of birch and sycamore had started enveloping the glasshouses and birds, replete with brambles and berries gathered from the Park, had deposited their cargo of undigested seeds, ready manured, creating swathes of bramble and hawthorn. Only a robin was witnessing my creeping entry. Pushing the door gently, it creaked as it tried to open, but cascading green curtains of ivy prevented my passage through the small porch. I yanked the growth and large, fat bodied striped spiders scuttled away, annoyed that their webs were being rent apart. My curiosity and anticipation to see what now lay beyond made me oblivious to the sticky strands of web clinging to my face and hair.  The robin, now tail flicking, head bobbing was sending out a frantic clicking shrill alarm, as if to warn the garden and its’ inhabitants that danger was approaching.

Brambles were taking over, diamond dew droplets hung on webbed branches and decorated twigs. Undaunted, I crept into the garden, flattening weeds under my boots with only snails and slugs watching my progress. The glasshouses stood silent and broken. Panes of glass had been forced out by rogue trees and weather. Where rows of glasshouses had once stood proud, a jungle of bramble and scrub was now gradually enveloping them. The walls of 200year-old, hand-made, red bricks were no longer visible and the dark green of nature’s tapestries were gaining ground, giving food and shelter for many an insect and bird.   Sparrows chattered in the young trees and my heart missed a beat as I flushed out a male blackbird and a pair of fat wood pigeons who clattered up and away. I stood alone, saddened by the demise of such a wonderful space. Quite overwhelmed, my bleary eyes brimming with tears, I made a silent promise to this garden which was calling to me. It needed to be wanted; loved again, to be growing and productive and to be bringing joy.

Twelve years later – nothing moves quickly in Council circles, at last people begin to understand that the Walled Garden was worth saving. A lot had happened in those 48 seasons. In 2004 the Friends Group had been formed as part of a national drive to get more people and volunteers to ‘feel ownership’ of their Parks.  After convincing the Friends Group that one of our aims should  be to rescue the Walled Garden as well as look after the wider 215 acres of the Park, they could see that our wonderful Park had an almost unique asset that could be thriving again.

Meanwhile the vandals and thieves had moved in stripping each glasshouse and room of aluminium and copper and anything remotely valuable. Sawing through water pipes, still connected, the water ran for 5 months until at last, staking out the park for hours, I managed to get it cut off. The old mess room and managers office were under 2 foot of water and work diaries from the 1960’s bobbed in the water, inked run pages now rendering them illegible.