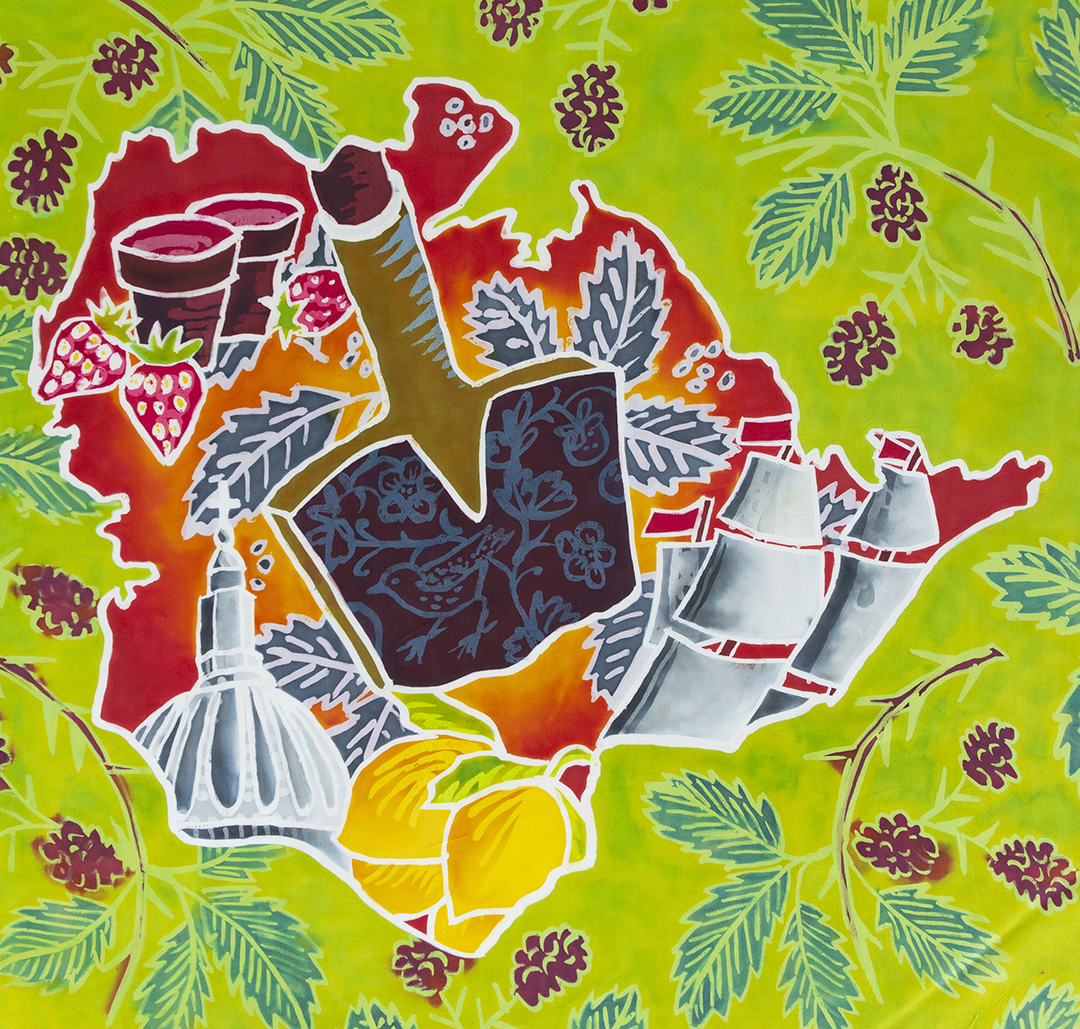 John Heaton Esq. came from Wyddial Hall in Hertfordshire. He built Bedfords Mansion in the late1770’s in an elevated position set in undulating landscape unchanged since medieval days. To this day much of his estate forms part of only 2% of ‘natural land’ in Havering as defined by the CORINNE Land Assessment Project. He was 31, a shrewd man, a Lawyer and Agent for the 4th and 5th Dukes of Portland and later the 5th and 6th Dukes of Devonshire.   Travelling up and down the country by coach and horses, often to Chatsworth and Scotland, with a mansion only 15 miles away from London, and chambers and residence in Lincoln’s Inn he worked diligently to protect and increase the wealth of one of the largest and richest landowning families in Britain. He is mentioned several times in the book about the famous Duchess of Devonshire – Georgiana Spencer. She was a ravishingly beautiful woman, a socialite and with a penchant for clothes, jewels, antiques and art. She and John did not get on. He tried to curb her spendthrift ways and reprimands her for extravagance, having always the Duke’s finances in mind. Georgiana disliked him intensely. In those days, the Georgian aristocracy lived in luxury and for some it was an age of decadence and indulgence.

John chose a hill top 345ft above sea level where the great glaciers had pushed it down towards the Thames.50 million years ago it would have been under the sea. It had commanding views and from his Mansion he could easily see St. Paul’s and the masts of the tall ships plying their way up and down to London with their precious new cargos of silks and spices, tea, cotton and other new commodities. He could see across to the hills of Kent clearly as we do today. His time at Bedfords was for relaxing and for entertaining and of course a little bit of showing off. He married and had one daughter, and on his death as a woman, she was not allowed to inherit, so the estate was left to his grandson Charles Heaton Ellis; (he later changed his name to Ellis Heaton).

These were exciting times; new lands were being sought and we were trading with the ever- expanding world. New plants were being discovered and these were making their way back to England and becoming sought after by the rich and famous. Pineapples, melons, oranges, lemons, hops, tomatoes, all came in via the Thames docks. Many of these were propagated in great gardens and William Coys, the renowned botanist and plantsman nurtured new specimens in his 6 walled gardens at Stubber’s in South Ockendon.

The Walled Garden at Bedfords, though only just over one and a half acres grew various exotics such as peaches and apricots, but also pineapples. The garden had a 100ft run of heated glasshouses, including 2 peach houses, 2 vineries and additional melon pit house a Pinery. To be able to afford an accomplished Head Gardener and a team of gardeners to manage such an estate and Walled Garden was demonstrated by being able to present a table with a pineapple for your guest’s delight. Growing such a delicacy was highly intensive and required not only expertise, but a huge amount of manpower to shovel tons of fresh manure and lots of oak bark every couple of weeks. Such a prize showed your wealth and many a pineapple would have graced the dinner table at Bedfords. If you couldn’t afford to grow one of your own, you could always rent one. Pineapples were horrendously expensive to rent and had to be carefully returned untouched for hire to the next house. Great houses and gardens often had large stone pineapple finials at their gates, lodges and entrances and are depicted  in much of art of the time.

The Walled Garden lays to the north-east of the mansion and with the 14ft and 12ft walls providing a sheltered microclimate and environment in which to grow vegetables, fruits, herbs and flowers. The high walls also kept out opportunist thieves and animals. The Head Gardener would have at least 8 or 10 gardeners under him, a ‘pot boy’ and apprentices.   The young lads started off with pot washing, cleaning, grading and storing the hand thrown clay pots, and gradually took on responsibility for the art of watering. In winter and early spring, they would tap the clay pots of overwintering strawberries on high glasshouse shelves to establish whether they needed watering.   A bamboo stick would be used to tap the pot, if it made a ringing sound it needed watering, if it made a much duller sound it was moist enough. Watering properly is an art.

They moved the arisings from gardening work to the compost areas and barrowed compost to the garden.

They worked in the ‘back sheds’ along behind the north wall which along with the composting areas were the engines of the garden. Bedfords Walled Garden would have been typical for the age. It would have been quartered in design divided by radial and axial paths. 2 or perhaps 3 wells would have provided water, 2 of which still exist today, though only one is visible. It was built in the 1780s and is twenty feet deep. Watering 1.6 acres of growing garden and wall trained fruit would have been a time-consuming task. The extensive glasshouse, Vinery and Peach Houses, would have been wood, and later coal, heated and the double flue wall would have been kept warm all through autumn, winter and into mid spring to support the growing of exotics and early strawberries.  Melon Pits and Pinery were manure heated. It has been said that in winter, the poor families from the nearby brick fields who could not afford coal would send their children up to Bedfords to huddle round the firehouse for warmth and sleep until dawn, disappearing as the sun rose.

The Head Gardener would have been a strong, ruddy faced, robust and hard-working man with many years of experience, often learned in other great gardens and having encyclopaedic plant knowledge. They were rarely credited with being so clever and knowledgeable, but in some great households a good gardener was valued and often sought after. He would live on or nearby the Walled Garden in a Bothy  if he was single or in a cottage if he was married.

It is quite astonishing to think what changes the world was enduring while the garden at Bedfords was growing. It has survived whilst England was fighting the Napoleonic Wars and seen many monarchs come and go. It endured through the reign of Victoria, through the Crimea, the Boer War, and World Wars. It grew produce during the Dig for Victory campaign, has been the HQ of the Fire Brigade and Home Defence during war time, seen the ‘summer of love’ in the sixties  and is still growing in the new Millennium.

Charles Ellis Heaton, John Heaton’s grandson, who was also a lawyer, carried on developing and improving the estate and stables and lived there at weekends, much like his grandfather. Throughout this time the Walled Garden was growing desert grapes, citrus fruits, peaches, apricots, pineapples, apples, pears, cherries, plums, quince, medlar, a huge variety of vegetables, salads, herbs and cut flowers. Romford Urban District Council purchased the Mansion and estate parkland in 1933. Havering gained it in 1965 as part of the London Boroughs. Despite laying derelict for almost 12 years it is now flourishing again, growing organically and working with the cycles of the seasons. Our team of volunteers is small, but dedicated and hard-working, growing the garden into the future and nurturing the inherent soil, bringing back fertility. We still grow melons.

Come and visit us soon, you may even see Charles Ellis Heaton or Annie the Victorian Gardener’s wife.