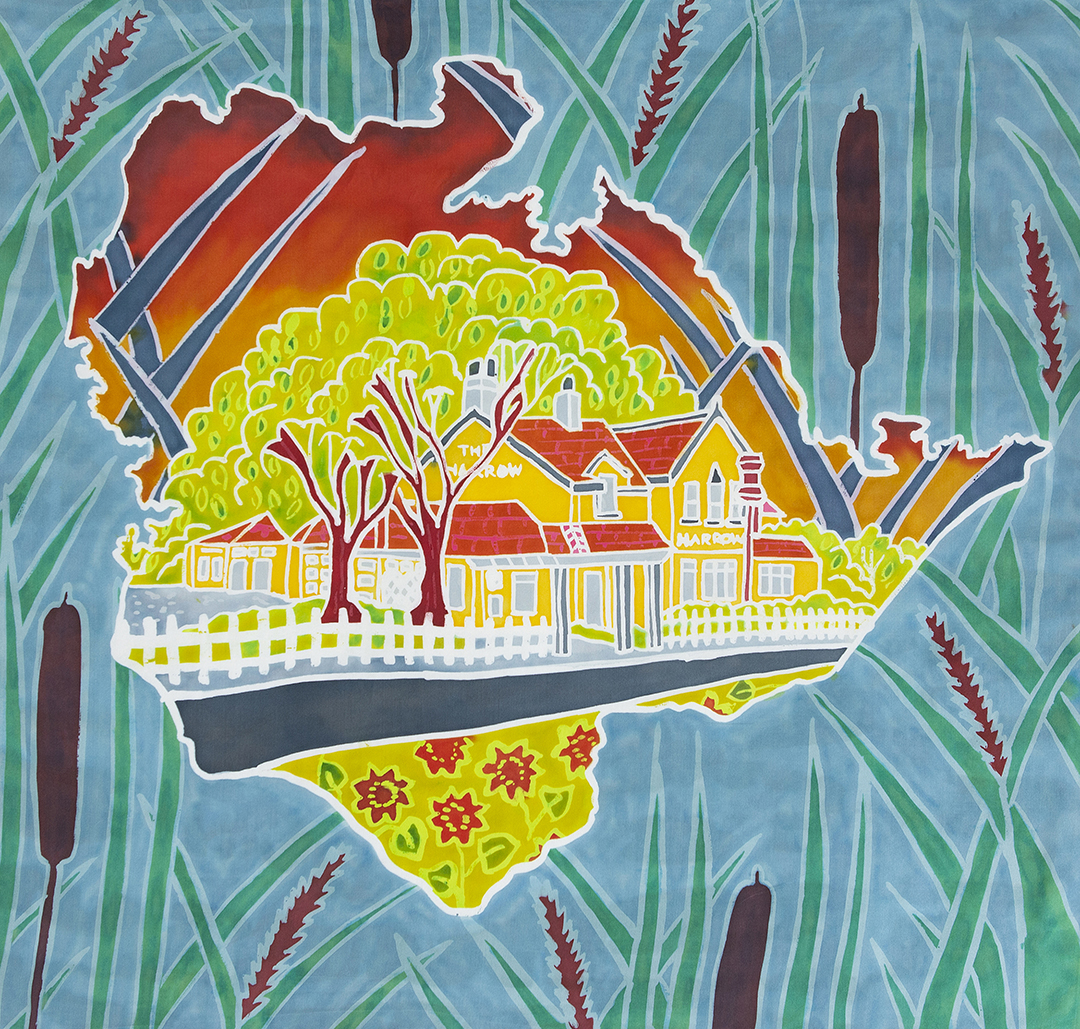 My last visit to the Harrow was in April 2019 when we were celebrating the 15th anniversary of the local charity The Habbit Factory Inclusive Theatre Group. I had not been there for years, and I was impressed with the refurbished interior and charming beer garden. I used to teach at a local secondary school, so I always avoided The Harrow in case I had to deal with the embarrassment of bumping into pupils who might be in there enjoying a sneaky underage pint. However, that was many years ago, so I resolved to visit this appealing pub more often in the future. I also began to wonder about its history. The pub is located close to Harrow Lodge Park, and I thought about howthe landscape of the area might have looked in the 19th century and what life was like for the landlord and customers. The park, with its extensive fields and woodland and the River Ravensbourne running through it, gives modern residents a feeling of what the whole area was like more than a hundred years ago when the Harrow pub was a coaching inn on the main route between Romford and Upminster and surrounded by farmland. Although the meadows have now been replaced by housing, it is easy to imagine how the farm workers and coach travellers would have enjoyed the convivial atmosphere of The Harrow, along with the hearty food and ale which are still enjoyed by its patrons today.

Perusing the 19th century local newspapers online, I was surprised to find advertisements for auctions and reports from petty sessions (now the magistrate’s court) that were held not just at The Harrow but at various local inns. I discovered that pubs also served as the venue for coroners’ inquests until the early 20th century, with the deceased being taken into a backroom (ifone was available!) and examined while the revelling continued alongside in the barroom. One such inquest that took place at the Harrow in January 1877 was that of Lydia Mary Shaw, the three-year old daughter of the landlord Walter Shaw and his wife Lydia who had been managing the pub for less than a year. According to the Essex Standard, about six o’clock one evening Lydia Mary was put to bed, but she got up and reached for a pair of scissors on the mantelpiece. The flames from the fire in the stove caught her nightdress and when her parents rushed into the room upon hearing her screams, they found her enveloped in flames. The fire in her nightdress was quickly extinguished, but poor Lydia Mary had been so badly burnt on the legs and lower part of her body that she died the following evening despite the doctor’s desperate efforts to save her.

Her mother Lydia was deeply affected by the loss of her daughter, so the Shaw family left the Harrow soon after and went to High Ongar to run The Two Brewers public house there.

Another dreadful incident that caught my attention involved the Hewett family who managed The Harrow from about 1889 until 1912. The Essex Newsman reported in May 1895 that Mrs Hewett’s seventy-six-year-old father Edward Olney, who was suffering from depression, went into the bathroom one morning to have a shave, but instead tried to commit suicide by slashing his own throat with the razor. He was found by a labourer and Dr Oakley of Hornchurch came quickly to dress the wound before sending for a cab to take the patient to Victoria Hospital in Romford. The wound healed well, but according to the news report, Mr Olney’s mind had become so unhinged that it was necessary to watch him constantly. Having lost my own mother to dementia in January 2019, it made me think about how Victorian families coped with mental illness and how difficult life must have been for Emily Hewett, who was caring not only for her sick father, but also for her seven-year-old son and her young niece and nephew. Her husband George died the following year at the age of 44, but Emily Hewett continued to run pub herself for the next sixteen years. From now on for me, The Harrow will always bring to mind Emily’s tenacity, her resilience, and her vital contribution to making Hornchurch the great modern village it is today.