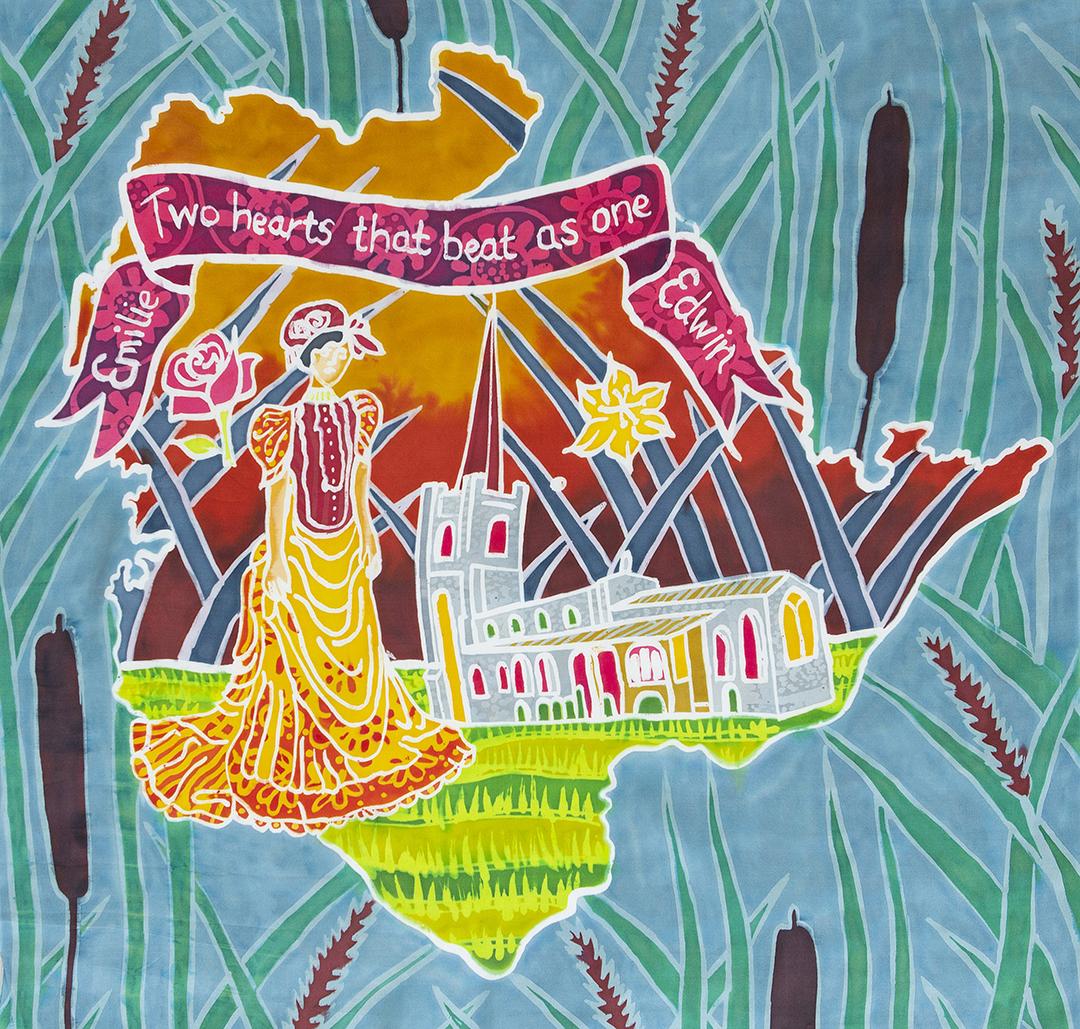 Towers is a familiar name to the residents of Hornchurch. There’s Grey Towers Avenue opposite Abbs Cross Lane, Towers Infants and Junior schools, and, until 2017 when it was demolished, there was Towers Cinema. The huge stone Towers’ sign from the top of the cinema has been preserved as a sculpture outside the Lidl’s store that replaced it. The name comes from Grey Towers House that was built in 1886 by Major Henry Holmes of the Essex Artillery Volunteers. In 1863 Henry Holmes married Emilie Helena Mary Wagner who was the daughter of John Wagner, the owner of Langtons House. John Wagner allocated land at the west side of the Langtons estate to Henry and Emilie for their new, mock-castle style home, and Grey Towers Avenue follows the route of the long driveway that led to their front door.

During the course of his lifetime, Henry Holmes was a ship-builder, bank director, magistrate, joint-proprietor of the old Hornchurch Brewery, member of the Essex County Council and the leader of various charitable organizations. He was a philanthropist who was admired and respected by the locals, in fact, it is fair to say that he was ‘Mr Hornchurch’. Every year Henry entertained the Artillery Volunteers at Grey Towers; the Hornchurch football team played their matches there; he invited the village children there for an annual Sunday School treat; he organised outings for the Hornchurch Brewery workers; he was president of the musical and dramatic society and a member of the Hornchurch Cricket Club who used the land at Grey Towers as their home ground. When Henry suffered from pneumonia in 1890, the Essex newspapers gave regular updates about his recovery, and when his only daughter Emilie Helena was married in 1894, it was a whole-village affair.

Here is the wedding report that appeared in The Essex Herald on 3rd October 1894:

The village of Hornchurch was given over to festivity on Wednesday, the occasion being the marriage of Miss Emilie Helena Holmes, only daughter of Major Henry of Grey Towers, Hornchurch, and Mr Edwin Backhouse Richardson of Potto Hall, Yorkshire. The village street had been gaily decorated with flags, evergreens,Venetian masks, fairy lamps, Chinese lanterns, etc, with all the inhabitants vying with one another to produce the most tasteful decorations in honour of the important event. Many mottos had been stretched at intervals across the road from Grey Towers to the Parish Church. ‘Hornchurch wishes you happiness,’ ‘Every good wish from all,’ ‘Long life and happiness,’ ‘Happy be thy wedding,’ ‘God bless the happy pair,’ ‘We wish you joy,’ and‘Two hearts that beat as one,’ were a few of the sentiments expressed. At the entrance to the churchyard a triumphal arch, on which were the words ‘God bless you,’ had been erected. The path to the church was carpeted and was covered with an awning, and the interior decorations used at the harvest festival remained.The members of the Romford and Hornchurch Batteries of Artillery Volunteers formed a guard of honour along the church path, and the battalion band played selections in the village. The church was crowded with guests and villagers. Mr W. Jenvy presided at the organ, and played suitable music before the wedding service began. The bride wore a dress of rich moiré antique, with a long train, the bodice being cut low and filled with lace. She also wore sprays of orange blossoms and heather. A large diamond crescent, the gift of the bridegroom,fastened her tulle veil. She carried a choice bouquet, also the gift of the bridegroom. The bridesmaids – all cousins of the bride – wore costumes of white China silk, trimmed with lace and bébé ribbon. Their hats were large white ones, with white ostrich feathers and pink carnations. Each wore a pearl crescent brooch, the gift of the bridegroom, and carried a shower bouquet of pink carnations and crimson roses, given by the bride.The bride’s mother wore a handsome dress of salmon satin brocade, with bonnet to match, and she carried a bouquet of yellow and crimson roses. The bride was given away by her father. The hymn ‘The voice that breathed o’er Eden’ was sung during the service, and at the conclusion the organist played Mendelssohn’s Wedding March. The wedding party drove from the Church to Grey Towers amid the lusty cheers of the assembled villagers. After the wedding, a reception was held at Grey Towers, the band of the 1st Essex Rifle Artillery Volunteers playing a choice selection of music. The wedding presents, which were both numerous and costly, included several from the villagers. Mr and Mrs Richardson left later in the afternoon for London on the way to Scotland. The bride’s going away dress was of grey Bengaline, trimmed with ruby velvet and steel trimming, and a large grey hat.A hot dinner to the old people of Hornchurch was served by Mr A. J Norris at the White Hart Hotel, in celebration of the wedding. The guests numbered 100. The school children of the parish were entertained to tea in the Artillery Drill Hall, and in the evening a smoking concert was given to the Volunteer Artillery. A very pleasant evening was spent. Captain Conron, who presided, read a letter from the bride, in which she thanked the Artillery Volunteers for their handsome present of a bronze clock and pair of candelabra. Emilie and her husband Edwin Backhouse Richardson went to live in Potto Hall, near Swainby, North Yorkshire and they had three daughters: Nora Helena, Annie Gwendolen and Violet Winifred. Annie Gwendolen became a Red Cross military nurse, and in 1918, at the age of 21, she sadly died of pneumonia in the course of her duty. In 1919 her parents purchased a village hall for the people of Swainby in her memory. The modern-day villagers celebrated the centenary of their village hall in October 2019.Essex Herald, 3rd October 1894 from Find My Past.