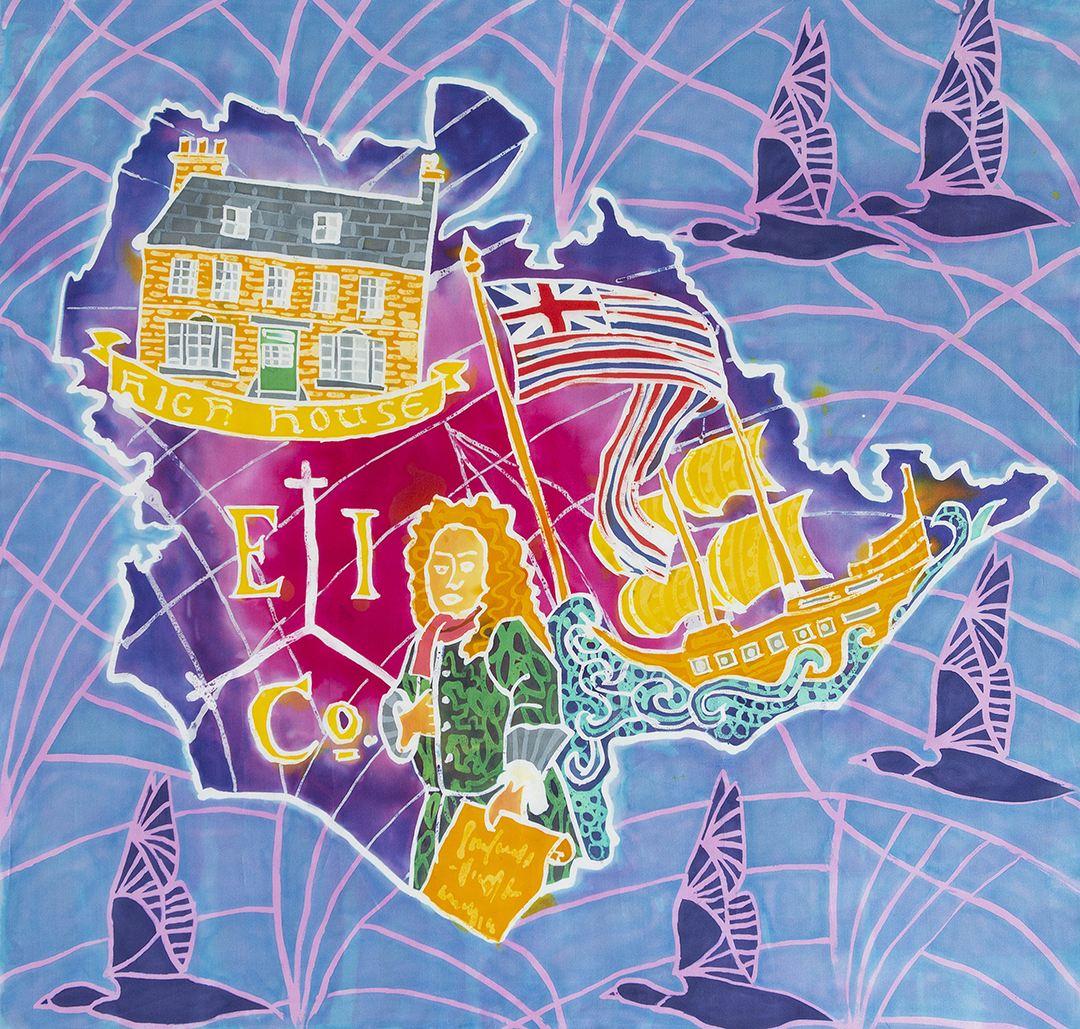 One of the prominent owners of High House was the Grantham family. It started with Caleb Grantham buying High House in 1697 from Benjamin Desborough. At the time the government declared that anyone who owned property along the Thames had to pay for the upkeep of the sea wall. Benjamin spent a fortune on trying to repair the sea walls, eventually having to sell the estate to Caleb Grantham.

Starting his career in the Royal Navy, Caleb captained the English navy ship the HMS Warspite, a 64-gun ship, that saw action in the Battle of Barfleur and the Battle of La Hogue against the French in 1692.

After a successful career in the Royal Navy he moved on to captain ships for the English East India Company, which Queen Elizabeth I granted a Royal Charter for in 1600. Other countries such as France, the Netherlands, Spain and Portugal already had East India Companies operating and had discovered naval routes to India that allowed riches from the Orient to pour into Europe. With other nations importing fortunes in goods and plunder, Queen Elizabeth I granted a Royal Charter for the English East India Company so as England would not be left behind in this European grab for wealth. With this Royal Charter, the queen used money from the English treasury to help the merchants and explorers establish trade on behalf of England in the East.

The English East India Company eventually became the British East India Company, which eventually came to rule large areas of India with its own private armies, exercising military power and administrative functions. In India, company rule effectively began in 1757 and lasted until 1858 when the Indian Rebellion of 1857 saw the British Crown assuming direct control of India in the form of the new British Raj. In the end, India was to gain independence from Britain in 1947, which also led to the disastrous partition of the country into the states of Pakistan, India, and what would become Bangladesh. The partition displaced between 10 and 12 million people along religious lines, with the deaths of up to 2 million people.

With the death of Caleb Grantham in 1700 the manor fell to his wife Elizabeth, who outlived him by 14 years. After Elizabeth’s death the manor was left to Caleb’s half-brother Nathaniel, who was brought into the family by the marriage of Caleb’s’ mother. Nathaniel was another sailor who captained the Royal Navy vessel the HMS Seahorse; a 24-gun ship with 150–240 crew. During 1697/ 1698 he captained the Mariana, a French ship of 18 guns captured and converted into a fire ship, which was deliberately set on fire and steered into an enemy fleet in order to destroy ships or to create panic and make the enemy break formation.

In a short period of time, Nathaniel entered the service of the East India Company just as his step father Caleb had done.His vessel was a sail ship carrying cargo called the Thomas Coutts and he was friends with John Constable, with the artist even travelling on Grantham’s ship around the south of England culminating in John Constable actually sketching the ship. Nathaniel went on to marry three wives, and had an elder son, Caleb, who inherited the manor after Nathaniel’s death on the 17th November 1723. There is the sticky tale of how Nathaniel died at sea and was pickled in a barrel of rum for transport home and was subsequently buried in St Clements church, in West Thurrock. During restoration work to repair damage from subsidence, Nathaniel’s coffin was opened and his remains were found remarkably well preserved and lying in a dark liquid.

The breakup of the manor started in 1761 with the construction of the Purfleet Garrison, which also included five large magazines for storing gunpowder. A year later Caleb had left the manor to his daughter Mary who married John Seare, who eventually goes on to sell the manor to Samuel Whitbread (of the brewing fame) in 1777.