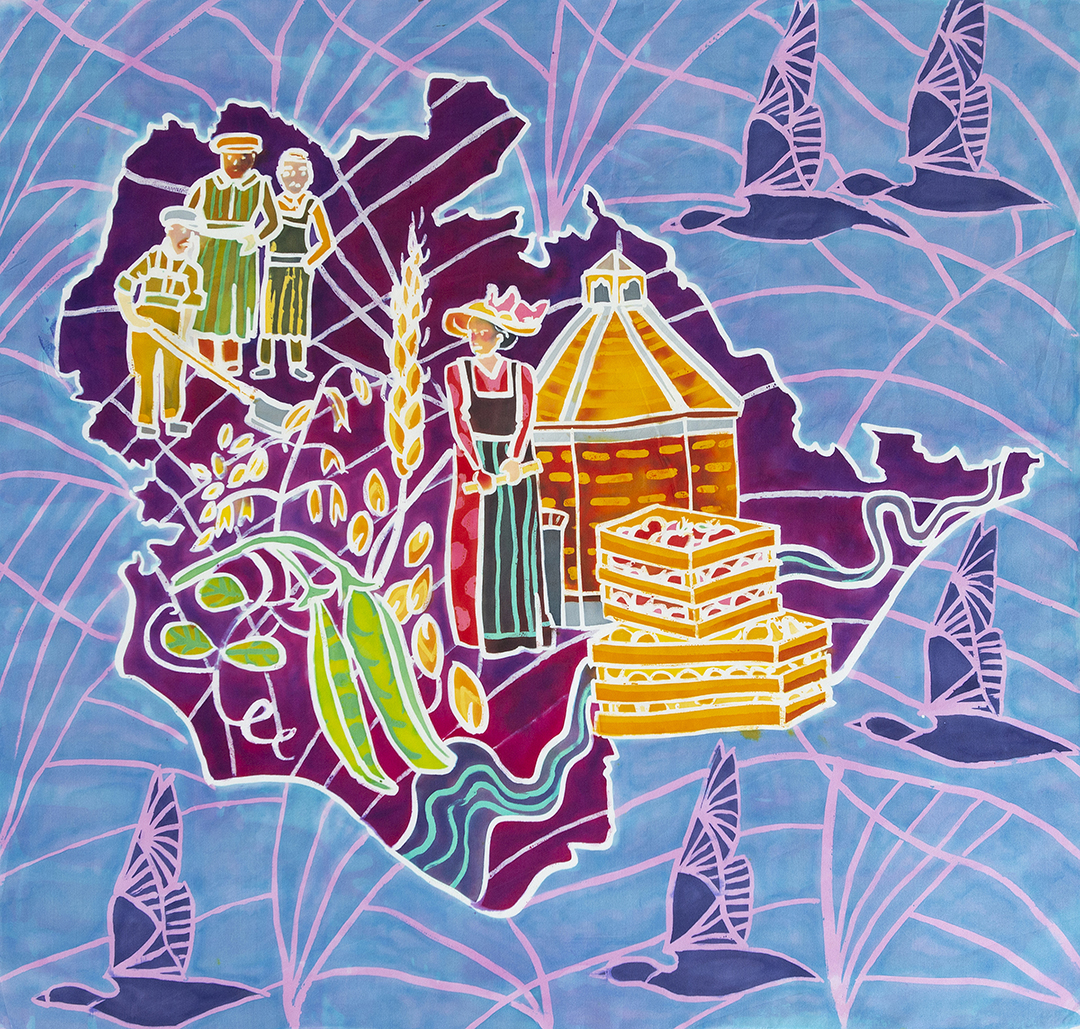 It is a fine English sunny day in the year of our Lord 1700 and two well-dressed figures in mourning clothes are walking through the sweet smelling herb garden at High House. The elderly figure of Elizabeth Grantham is crumpled by the ravages of old age and time as she walks beside her son, Nathaniel; a tall and confident man striding in a smart navy uniform of the East India Company. The day is seen through a subdued glow of the fog of the English autumn morning as the distant ship’s bells sound warnings as though the night was creeping as a repentant sinner through the light and truth of the day.

‘He died before his legacy was fully realised Nathaniel’, says Elizabeth in a low, mourning voice.

‘But he made good in the company, and many people who served with him loved and admired him. And at least he was given a good Christian burial in the lands where his family dwelled.’

Nathaniel reasoned through the sheer bad timing of it all.

‘Would have made this household one of the finest in these parts’ finished Nathaniel as Elizabeth’s words tailed off with the wiping away of a tear.

‘It’s just such a difficult time which the company’s had over the last few years, with the Indian Mughal Emperor closing company factories over that damned pirate Every. The thousands they got away with and yet the small bounty put on their heads; it sends the wrong impression to our traders in the east’

‘I pine for the good old days’retorts Elizabeth with a half-lit fire in her voice.

‘Now that these lands have the taste for tea, which they never had before India, then I feel it will be a difficult habit to break. We have benefitted so much from the trade with India, it seems so irreconcilable to even consider giving up these luxuries should the Emperor disbar the company again’, debates Nathaniel as though he is more thinking aloud then talking to his adopted mother.

‘And what for the Dutch, Portuguese and French East India Companies? They will move in to the space that we leave for them’

Nathaniel goes on to talk about how the East India Company’s profits have been hit by the Chinese Emperors threats to fine and close all the trading stations in China, but things might be turning a corner with the burgeoning Indian subcontinent.

‘I trust that the company will continue to make the desired outcome with this joint venture floatation.’ Remarks Elizabeth.
‘I have not really had much experience of these types of ventures Nathaniel; I hope it works out well for you. My dear Caleb would have been excited about this new type of business Elizabeth says wistfully.
‘His options call to you now Nathaniel, and he did think so much of you’

‘Now with Caleb’s ship and last cargo we will have the funds to keep you here for the rest of your life… it’s what Caleb would have wanted’ exclaims Nathaniel as he looks from the view high on the hill side overlooking the mighty Thames that is peppered with boats large and small tending their goods up and down the river. The scene is like a Turner sea scape painting with this animated energy squeezed onto the river like a mix of exotic colours carved onto a modern canvas.