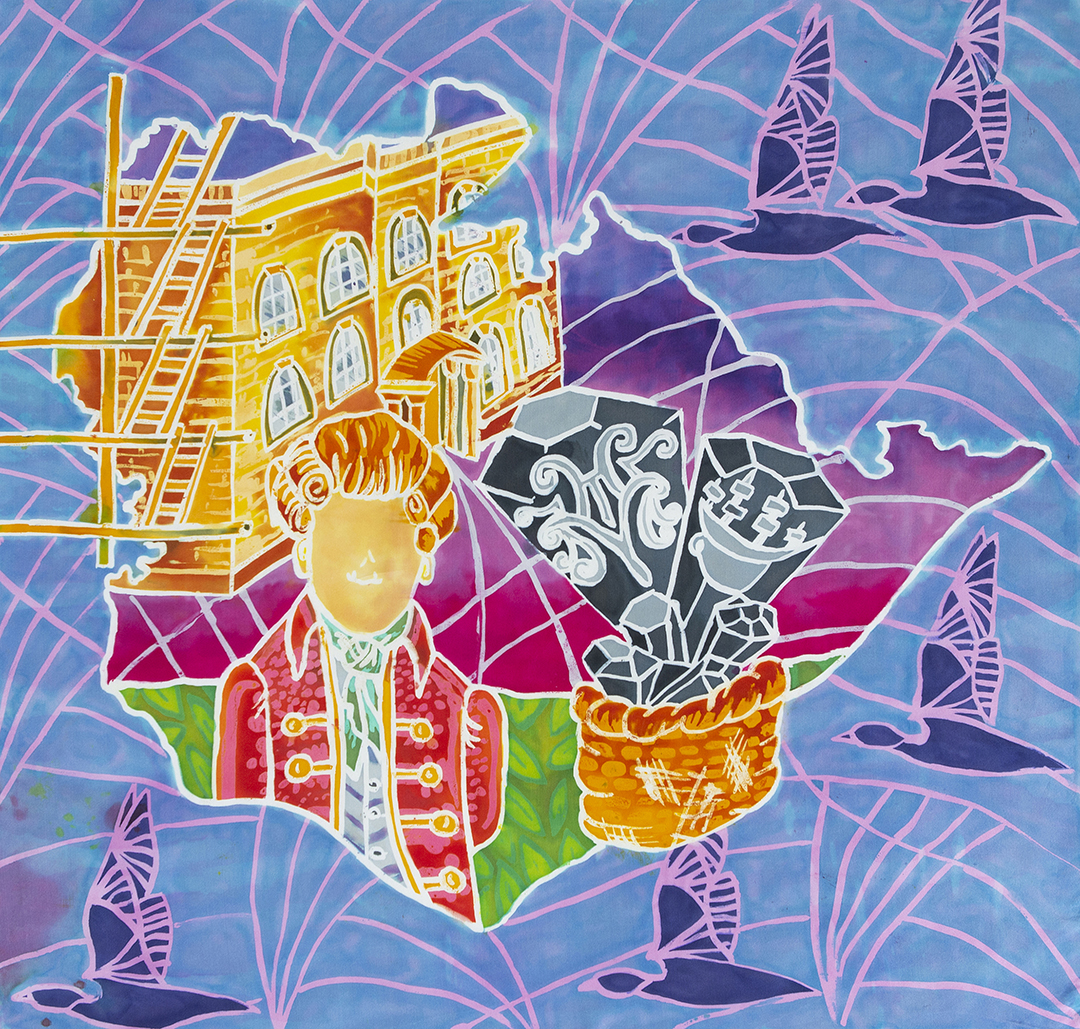 The Life and times of Captain John Harle

It was a cold frosty morning when I attended the Rainham Christmas village fair and came across a stand being run by the National Trust, they were raising the profile and outlining plans for the refurbishment of Rainham Hall. A place that many had just thought was a large empty home, not one with as much significance, as it was to reveal, there was a real feeling of community, pride and ownership of the area’s history.

Rainham Hall is a Georgian merchant’s house, in the heart of Rainham Village on the Thames Estuary, a jewel in the midst of the industrialised and transport infrastructure surrounding Rainham Marshes and the RSPB Nature Reserve. Historically and still today,the area hasa strong link to the river trade. The hall has been in private residence since it was built in 1729, having a succession of eclectic tenants and varied uses, it gradually fell into disrepair, being passed to the Trust in 1949. It was still closed to the public whilst undergoing extensive renovation, but I was invited to join a hard hat tour, to meet the conservation teams, architects and local volunteers. What an interesting day. Climbing the 4 floors, up ladders through scaffolding, to see far reaching views around Rainham and on through the maze of protective covering and boarding seeing 1st hand conservation work being done.

The Hall has no family line of preserved history, no inventory, no records, who was Harle? How did he make his money? Lots of questions. With a strong feeling of community and anything is possible philosophy, I was set on a research project, to see what I could discover and offer the project in the form of site specific art. Little did I know this was to be the first one of many visits to the hall and the beginning of long working relationship with the team.

Rainham Hall was built by Captain John Harle in 1729, after he married a wealthy widow from Stepney, Mary Tibbington (their initials appear intertwined on the wrought iron gates, by Jean Tijou, master blacksmith of Hampton Court Palace.) Harle was an enterprising merchant and sea captain, who through determined hard work and ambition, raised his status in society from humble farmer to a member of the aristocracy.

Captain John Harle was born in Durham, South Shields in 1688. The Harles were farmers and dealt in salt production as well as marine activities, research shows Harle was at sea from as young as 8, but also received a good education, as he was highly literate and numerate, as a master mariner merchant and later overseer of the parish of Rainham demonstrates.

He traded in many building materials, but mainly in coal, trips between Durham and London interspersed with long and dangerous journeys to the Baltic, trading goods in The Royal Exchange London and Lloyds coffee houses. He dredged the river Ingrebourne building wharfs, enabling barges and trade to reach the roads, he could view his wharf from his garden,  where original paving and erns have been restored standing proudly with the ancient mulberry.

He created his own coat of arms that still hangs over the fire place in the hall and is on his tomb in the neighbouring church (under the radiator) featuring the images of shoveller ducks – one who works with shovels.

Today we know so much more about the Hall and as every exhibition evolves and its residents and artefacts are researched, the stories keep arriving; his will was actually found in a box of random bits heading for a boot sale. The history is growing, let’s hope one day we find out what Captain John Harle looked like.

In response to extensive research, I created an art installation, The Life and Times of Captain John Harles, carvings of significant times and events from his life, all from the medium of coal (still can be seen in the curator’s room), along with 300 coal Diamond tokens, that were given away during the opening months of the hall, in the coffee house experience. I wonder where they all are now, do you have one?