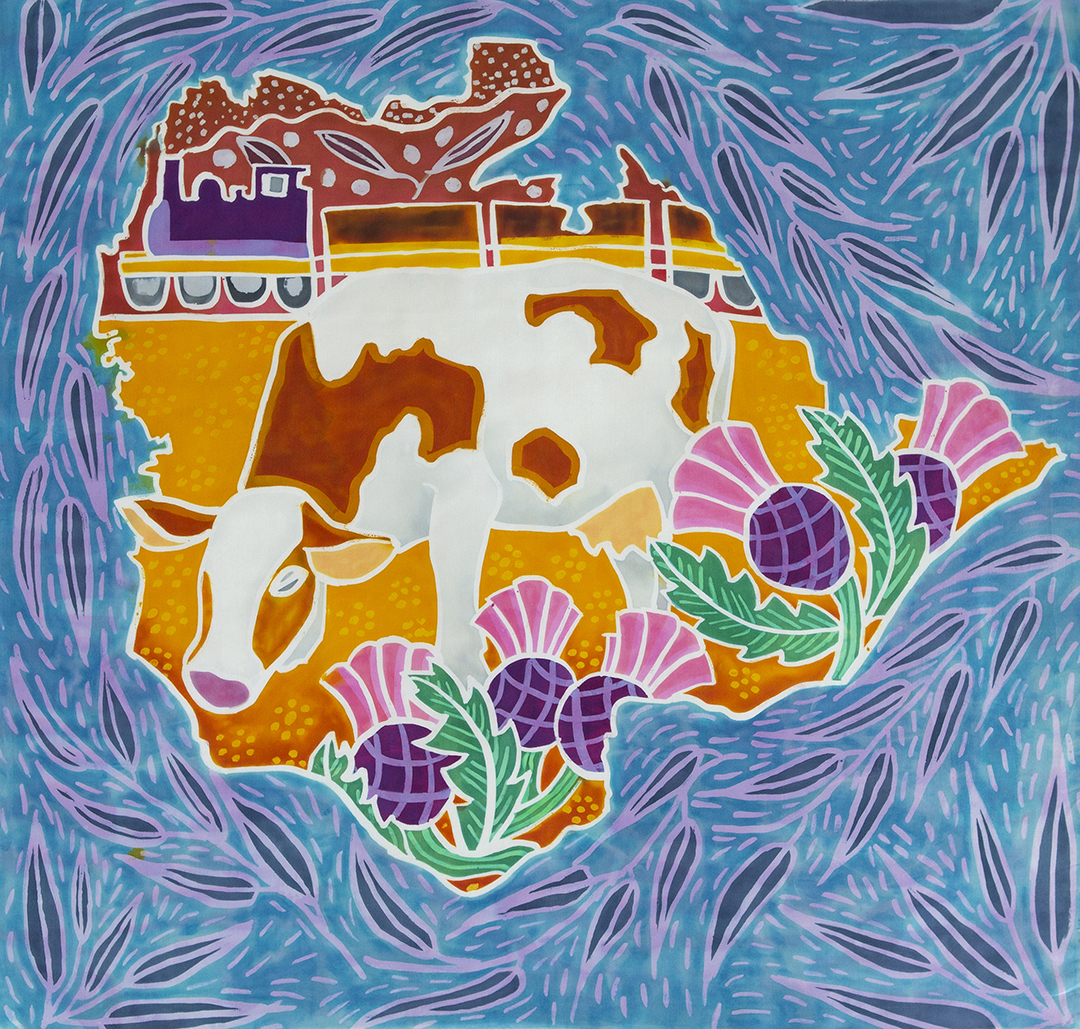 There are still farmers working the Fenland whose families have been firmly-rooted there for hundreds of years: Ivan Gotts and John Wordley for instance. However, in common with other areas of Essex, many other farming families are incomers: mainly immigrants from Scotland, especially from Ayrshire and the surrounding counties.

I stand on the flat lands of the Orsett and Bulphan Fens, looking with my great-grandparents’ eyes to the low horizon, miles away, feeling the spacious peace and seeing the skyful of calm.  In the distance are the faint outlines of Langdon Hills, the Warley ridges, the land rising from North Ockendon to Hornchurch.  My grandfather saw this first as a 5-year-old, whose eyes had up until then only seen the craggy uplands of Ayrshire – in fact, he had never left his village of Fenwick before in his life.

What has changed in the 120 years since my great-grandfather stood on this spot?  Would he still recognise it?  I think he would: still the open landscape, the gappy hedgerows, the odd lightning tree, the Mardyke like a ribbon running through it: but he’d be perplexed by the pylons, the modern windmill in the distance at East Horndon, and where had the stately elms gone?

You may wonder what brought my grandfather, who had never left his village before, to the Essex Fenlands?  We have to look back to the 1870s: at that time Essex farmers had gone through 30 years of prosperity, with high, steady wheat prices, and had become accustomed to a comfortable life-style.  However, transatlantic shipping and expansion of the railways meant that England was flooded with cheap wheat from North America.  Prices dropped, and in the late 1870s and early 80s, there was a series of disastrous harvests.  Essex farmers depended on arable farming and were either unable or unwilling to resort to cow-keeping, which was considered inferior to corn-growing.

Bankruptcies were common, and many farmers emigrated or left farming altogether.  Farms were abandoned and the landlords were unable to re-let them.  Whole tracts of land returned to wilderness.  From 1878,  Essex landlords started advertising in Scottish newspapers, offering farms to let at reduced rents and sometimes even rent-free for an initial period.  The first trickle of Scottish incomers soon became a flood: between 1880 and 1900, 67 Scottish farmers settled in Essex.  By 1930, the total had reached 170, according to the census forms – but it was common for only about half of the census forms to be returned, so the number was probably far higher.

Why ever did my great-grandfathers uproot their families from their farms in Ayrshire to chance their luck in Essex?

Back in Scotland, farms were small, with no opportunity to increase acreage, the landlords imposed restrictive covenants and high rents, the Conservative landlords didn’t like the fact that their tenants voted Liberal, nor did they like the fact that they were mostly members of the free church.  In Essex, however, the farms were larger, cheaper, there was no competition and they were free to worship as they liked.

But how did they manage to make a living where the Essex farmers had failed?  There seem to be 4 reasons:   the incomers were mainly dairy farmers: they could see the potential of the London market, now easily accessible by the new railways.  Landlords were desperate to have tenants for their farms, and were willing to invest in building cowsheds and laying on water.  Secondly, the immigrants were working farmers, whereas the Essex farmers were gentleman farmers, unaccustomed to manual work, and sacrificing their leisure-time came hard.  The Scottish farmers (and their wives and children) saw nothing undignified in working alongside their employees.

The third point is that even prosperous Scottish farmers were used to an economical standard of living;  Essex farmers however had enjoyed expensive lifestyles (“hunting, card parties and top hats and cigars”).

Finally, the incomers were more technically progressive in their farming, using more modern methods and implements and managing their labour-force more efficiently.

So, James Wyllie (my mother’s paternal grandfather) and James Brown (my mother’s maternal grandfather), encouraged by neighbours and relatives who had already settled in Orsett, left their tiny villages, each commissioning a special train and brought their families and livestock (around 30 Ayrshire cattle and one horse each) to Grays Station.  They were met there by Hew Watt’s father, dressed in his best coat and a tall top hat, who stretched out his arms and said “Welcome to the land of milk and honey”.  Grandfather was a very young lad and his job was to go ahead of the men driving the cattle from Grays to Orsett Fen, and to knock on doors asking people to shut their garden gates (no-one was used to seeing animals driven along the lanes).  They couldn’t understand his thick Scottish accent, so he ended up just closing the gates anyway.

Great-granny came on a different train, some weeks later, with the few valuables from their home (clocks, cutlery etc, which we still have now).

Not only did the local Essex people not understand the Scots when they spoke: they also criticised them for socialising and marrying mainly within their own circle, and of taking their jobs and livelihood.  In some areas, Scottish farmers had their machinery vandalised.  Those settling on the local Fens were regarded with suspicion at first – maybe more curiosity – but proved to be energetic, reliable and capable.

My grandparents both attended Orsett School: when Granny first started school, they would stand her on a stool and ask her to recite something because the local Orsett children loved to hear her soft Scottish accent.

I don’t think any of my ancestors regretted exchanging the poor soil, harsh landlords and high rents of the Scottish Lowlands for the opportunities that the Orsett and Buphan fenlands offered them.