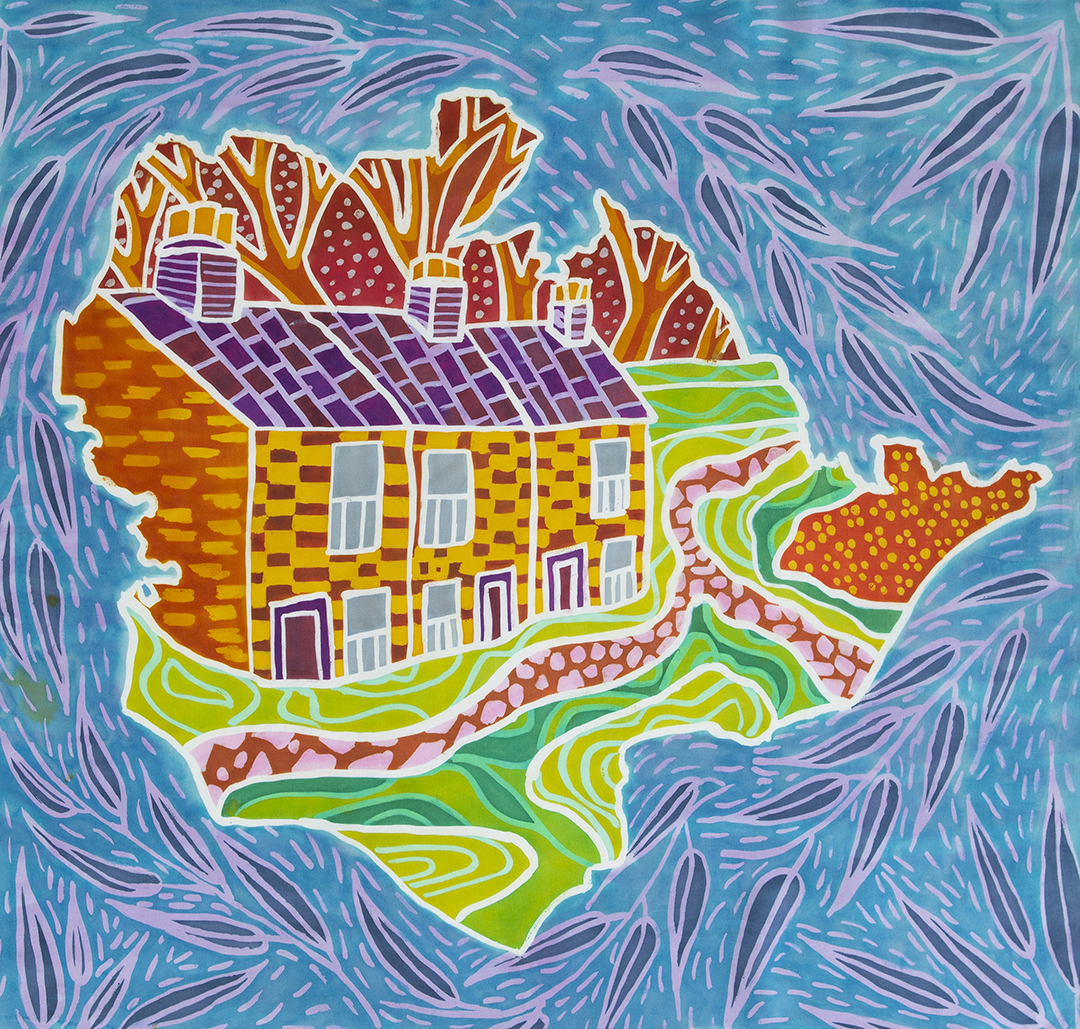 I can only remember one big flood on the Fen and that was in 1958, when there was a big thunderstorm and it coincided with a high Spring tide, causing a storm surge. The surge came up the Mardyke, crossing the fields behind Plough Cottages, came in the back and out the front, across the grass and flooded the road. The ditches were also a major cause of the flooding, one going right along the front of Plough Cottages. I can only remember my granny’s house and uncle Arthur’s house next door being flooded but I am sure great aunt Florence Benton, the Greenfields on the end and the Old Forge where great Uncle Harry and his family lived were too. I was only 8 years old so apologise for not knowing everything that happened. I remember Granny Cook staying upstairs while the mud was cleaned up when the water subsided.

One good thing that came out of the flood for me is that we, brother Barry and other kids, earnt money pushing cars through the flood water from Fen Gate (Hatch Farm) right up to Fen View. Obviously there once had been a gate there but of course it had disappeared.

I have great memories of mum’s sisters and their families coming across the fields, having got a train to West Horndon and walking the footpath to Bulphan with their small suitcases. Uncle Ernie used to bring his bicycle on the train and then ride round the road, getting to granny’s house before the rest. He would spend his holiday, cycling round the countryside, going as far as Manning tree. It was a wonderful time for us, goodness how they all got in, but the intercommunicating doors were still there upstairs and downstairs between the two cottages, a leftover from Josiah Went. My great grandfather had many children and all four cottages were utilised in this way. We used to be invited to sleep over too and wondered at our worldly cousins from around London.

Josiah’s father Joseph Went first brought his family to the Fen with his wife Mary and 3 sons Josiah, James and Joseph and established a bakery at one end in the yard. Josiah took over and when he died, it was left to Uncle Harry and he built a new bakery on land belonging to The Old Forge. The original bakery became a shed. Josiah also had an alehouse where the Greenfields later lived, converted back to a house. He also sold coal, I presume he bought more than he needed for the oven. His brother Joe had a shop built in the front garden of No.4 where Josiah and wife Jane lived and later Florence, one of his daughters and Phillip Benton her husband. This cottage stayed in the family until Alice Benton died in 2008. My uncle Arthur brought the middle two cottages, one for him and Auntie Gwen and the other for my Granny Cook. They were sold off later. Granny died in December 1958 and Uncle Arthur a couple of years later. I had a chance to take the mover when I married in 1962 but declined. I always found the cottages creepy. I have great memories of going down China Lane to Slough House farm where the Calderbanks lived and then over the fields beyond. Also going to Hatch Farm where the Hamptons lived, watching a nearly TV with Cecil and watching his dad milk the cows. Granny would send me over with a jug to get some milk straight from the cow, still warm and we drank it. Sunday tea time at Granny’s in the summer meant hearing the man selling seafood, ringing his bell and being sent out to buy winkles, cockles, shrimps and crabmeat. Oh, the joy of sitting round the table with our pins, extricating the winkles, eaten with brown bread and butter. What joy!

Other memories of the Fen are playing cricket, football and Ivan and Norman Gotts bringing their old horse for the children to ride. This was quite a sociable place although it had been more so in the past with the Old Post Office, the Alehouse, The Bakery, The Forge and Joe Went’sshop. I was also told that during WW2,the Fen was dug up to grow vegetables for the wa reffort. I keep referring to The Fenbut this specifically refers to the grass area at the front of Plough Cottages. Someone once told me that this was the Village Green but have never had that confirmed but it certainly was the heart of the village, despite the church being a fair distance, but then I know Lords of the Manor liked the church next to the Manor House and S tMary’s certainly was only just across the road from it.

Talking of church, the Wents were Peculiars, an offshoot of the Wesleyan church. In fact, Joseph Went Snr was a preacher aswell as a baker. Josiah changed all that when after the birth of his youngest child Dorothy, he took all 10 children to St Mary’s and had them all christened in the Church of England. There was quite a bit of scandal regarding Josiah but I won’t go into that here.

Getting back to the Old Forge, there was a trap door in the floor of the front room. I was told by my cousin Bay Went and Frank Edwards, that when the building was a Forge, they would cool the metal work by dipping it into the water in the ditch that ran underneath the building. Bulphan Fen was crisscrossed by ditches going back as far as Roman times, when they would come down the Thames, up the Mardyke which they widened and then putting the cargo into smaller rowing boats to reach farms along the ditches. They would bring sawdust and manure for use on the fields, taking back the produce to London. This I read in a book called The Estuary.

Even the name Bulphan, it has nothing to do with bulls on the Fen but originally was Burghfen, meaning fortress on the Fen. This according to my book, would have been a Roman wooden fortress. Over the years, this morphed into Bulphan or Bulvan, which this is how it should be pronounced correctly. History lesson over.

I have wonderful memories of The Harrow, jumping off the bridge near the pub into the Mardyke, riding our bikes past the pub, eventually ending up with going past The Elms where the Bronsdons lived and into Church Lane, so riding in a circle. There were a few houses along this route, wonder if they are still there. We rode our bicycles across the Fen, up the hill to North Ockendon, where we left our bikes at the Forge catching a bus to Romford or maybe Upminster. I had such a wild but safe childhood, so much freedom. I think I was very lucky to have had this childhood. Of course, having lots of relatives helped. Apparently when I was very small, I followed Uncle Harry everywhere at the Bakery. There was a young German prisoner of war working there and I used to say “I’m fwee in May” and he would say so am I”. I went in and out of all the family houses all the time, until they got fed up with me but in general I was well tolerated or at least I hope so.