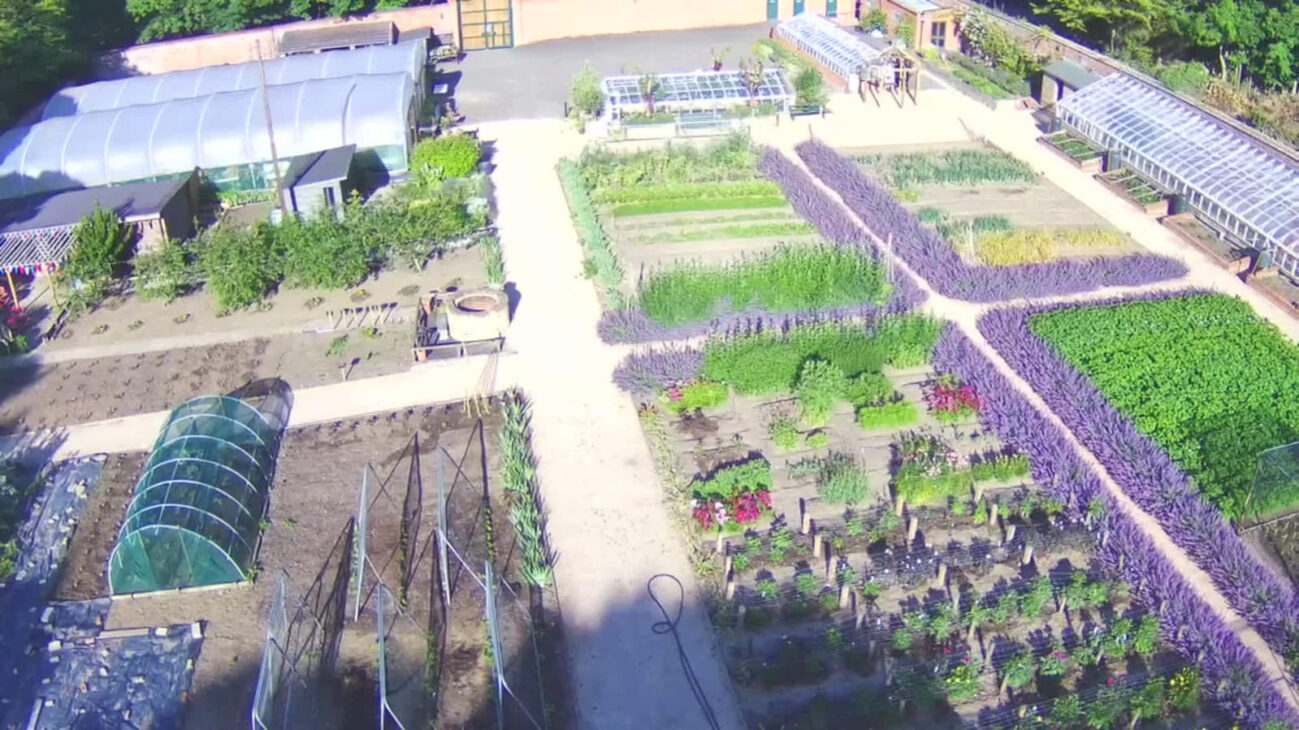 As we all sit down for a well earned cuppa at the end of another busy day, the sun warming the 200 year old walls, I feel a glow of satisfaction and pride. 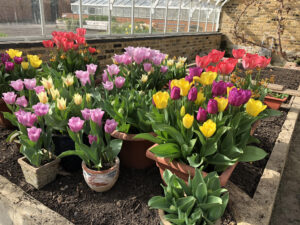 We are half way through what has almost been a fairly normal year for most of us and of course nature has no sense of the difficulties that many of us have faced in 2020/21. Strangely, Covid was actually an opportunity for us to continue our growing and development in the garden, albeit at regulation distances and behind closed gates. The garden became an escape for our regular volunteers, some of whom would have been very lonely and isolated during the lockdowns without it. When we were at last allowed to offer volunteer opportunities, the newly furloughed came to join us, and many of these lovely, enthusiastic people have helped us growing throughout the year and many have stayed. 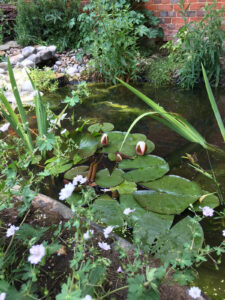 Our new wildlife pond has started settling in and the banks are now covered with wild plants and the water clear, though with some blanket weed. The creation of the wildlife pond was funded by the Community Action Fund covering the installation of the pond, liner, stones/‘beach’ plants etc. and wildlife.  We have recently entertained Beavers and Cubs and shown them many of the creatures found in the water. Some of us think we have seen the odd Newt, but only for quick surfacing for gulps of air. Recently we have bought a faux stone cascade and are making plans fit a pump to aerate the pond, provide a little more interest and pleasing sounds. Terry’s bee hives are now flourishing and bees, wasps, dragonflies, and even butterflies like to drink from the wet stones and gravel.

Sweet peas, fill the glasshouse with heavenly fragrance and colour. We grow three crops of sweet peas in staggered planting, indoor and outdoor.
After spending the winter tucked up and sleeping in the poly tunnel, our magnificent dahlias, plump and bulked up from last year, have now been planted out and are already starting to bloom. Cut flowers are a relatively new venture which is proving a hit with visitors and volunteers.

Year round, come rain or shine, ice or gales, our dedicated core team of garden volunteers toil to weed, clear, sow and plant, build and mow and for this we are eternally grateful. Our new rubbing posts and interpretation boards funded through Land of the Fanns for our interpretation project detail the history of the garden and all the amazing varieties of vegetables, fruits, etc. we are able to grow.  Our Potatoes are thriving and just starting to flower, so it won’t be long before we are harvesting the first earlies. Rows of crimson Beetroots swell by the week, carrot foliage like a green mist beckons to the low flying carrot fly so we must try and defeat them with barriers. Sweetcorn is planted in a cage, not because we are frightened it will escape, but to keep the dreaded crows out! Much of the winter and early spring was spent erecting our fabulous new fruit cages, again hoping to defeat the hungry legions of birds. We feed them all year round, but they still like to take our juicy currants and berries!

Volunteers completing the top tier of one of the new fruit cages, earlier this year funded by crowdfunding. Thank you to all our supporters! 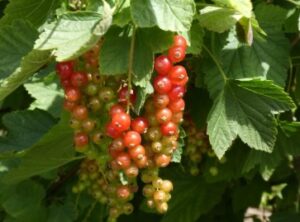 We are having now having terrible problems with the pesky squirrels. Probably helped by us feeding the birds, and stealing the food, squirrel numbers have increased. For four days of the week, they have free run of a private garden food source and have now gnawed through the fruit cage, stolen an entire 5 bushes of Gooseberries in one day and crept in through the fanlights of the glasshouse and eaten the entire crop of our apricot tree. Our Peaches and Nectarines are under threat. They have demolished all our strawberries, whether ripe or not, so we are trying out sonic deterrents. Watch this space! Pigeons have taken our brassicas down to just ribs and veins and we await the invasions of cabbage white butterflies. Sometimes it can be an uphill struggle in a natural garden in a conservation area!

Courgettes are just starting to establish, and this year we are growing four different cultivars.

The Melons and Water Melons, are being planted in the Pit Houses and Pinery and a new novel crop for us, Sweet Potatoes and Oca which are starting to move in the warmer June conditions. Our Kiwi is growing vigorously along with the vines in the Vinehouse and the Cucumbers and Aubergines, though slow to start are going out this week, followed by Pumpkins and Squash.

We are being judged again for RHS London in Bloom It’s Your Neighbourhood in July. Last year we earned a Gold Award and we hope that our garden will shine again this year. If anything, I feel we have made even more improvements and with our plans for even more during the year, on interpretation and developing our Museum of Artefacts and the new Dyeing Garden, and workshops, we are keeping our fingers crossed for another success, despite the squirrels!