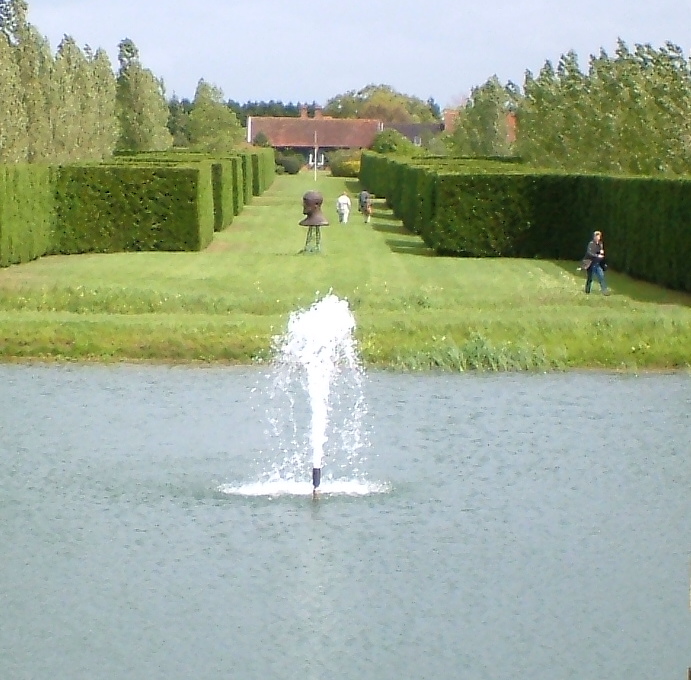 Essex Gardens Trust successfully bid for funding from the Land of the Fanns Landscape Partnership Scheme to research sites of historic and local interest in Thurrock. The culmination of this is an inventory of these sites which we hope will be useful to Thurrock planning authorities when making decisions which may affect the sites described, or their setting. The inventory has uncovered some fascinating stories and the current pandemic has given us a strong recognition of the pleasure and the healing power, both physical and mental, of open spaces and their importance in today’s society.

The project included many sites that have lost much of their designed landscape such as those around the derelict seventeenth century manor house Ford Place and its associated Grade II listed Tudor garden walls. The grounds of Orsett Hall, originally laid out mid-eighteenth century, greatly reduced today but still retaining many fine specimen trees, a relict rockery, and a pergola on twisted brick piers.  There is also evidence of the original purpose of a garden wall with several partial fruit tree labels still attached to it; the labels are for pear trees including Beurre d’Amanlis and Jargonelle. Stifford Lodge, now Stifford Hall Hotel, previously sat in twenty-two acres of designed grounds, unfortunately now reduced to six acres. The Elms quarry garden in Grays is an important example of a Victorian ‘romantic’ landscape garden. Although the garden today is overgrown and inaccessible it retains relicts of pathways on the slopes of the garden containing shells, a dried up concrete pool, remnants of a water cascade, floor surface for the summer house containing shells, and the grotto. 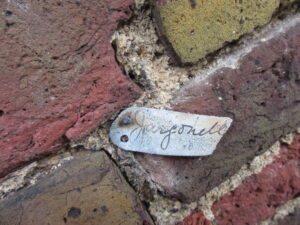 The imaginatively designed twentieth and twenty-first century designed gardens at Barnards Farm, Bulphan cover twenty-two hectares and also include the National Malus collection, and represents this specific period of garden design. The largest site in the inventory is Belhus Park, a Grade II Registered Park and Garden, and as a result of recent research during The Fifty Fabulous Features project, a suggested update of the Register entry has been included in the Inventory.

The inventory also included the East Tilbury Bata estate designed landscape and gardens, a rare example of integrated residential estate and garden spaces in 1930s eastern European style. This was created from 1933 to house the workers of the British Bata Shoe Company and echoed the layout of the company’s primary location in Zlin, Czech Republic.

Urban Community gardens are valuable green spaces and include the 1960’s Buddy’s Garden, Tilbury (named after a popular local figure who tended it for years). The formally laid out Herbert Brook Memorial Rest Garden in Grays includes original Art Deco features, rare for this area.

Urban Parks are also valuable spaces, particularly Grays Town Park which in 1841 was a brickfield and today retains its design of rockeries, walks and flowerbeds. Dilkes Park in South Ockendon, a significant example of a mid-twentieth century high quality park, retains some original features including the dipping pond and elements of the paddling pool.

Millard’s Garden, Bonnygate Wood, and Humber Avenue Amenity Green, South Ockendon, are three recreational areas each with origins as part of the historic Belhus Estate. These three areas together comprise examples of the enlightened integration of historic ‘open space’ as part of the overall design of mid-twentieth century housing estates.

The influence of the cement industry in the area is reflected in the inclusion of The Elms Quarry Garden, the Herbert E Brooks Memorial Rest Garden and Stifford Lodge, the home of Herbert E Brooks, a director of the Associated Portland Cement Company. A number of sites in this area inventory were drawn from the mid to late twentieth century, reflecting the substantial and continuing development of the area.  The Thurrock Inventory of Historic Parks and Gardens has highlighted both the diversity of designed landscapes within the area and how they relate to the specific history of the area and its landscape character.